ayfie is pleased to announce the appointment of Roar Hansen as the new General Manager of ayfie AS in Oslo, Norway, and ayfie AB in Stockholm, Sweden. He will be based in the Oslo office - ayfie's headquarters - and work closely with the other global offices of ayfie.

Roar replaces Truls Baklid who has worked for ayfie for many years and has now decided to move on to another company. Truls has been an integral part of the VirtualWorks* and ayfie success not only in the Nordics but as a team contributor for the entire ayfie group organization. 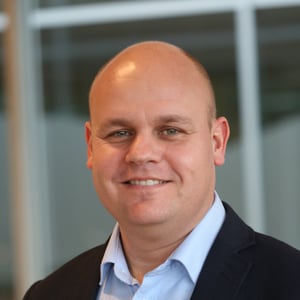 Roar has been with ayfie for over eight years, beginning his ayfie career as Channel Sales Manager back in 2011 when VirtualWorks was just founded. Since then, Roar has held many different roles and responsibilities within the organization ranging from managing the Professional Service departments for the Nordics and EMEA, Manager of Product Development, Vice President of Software Engineering for the ayfie Group and now General Manager of the Nordics.

Erik Baklid, CEO of ayfie, is delighted to elevate Roar Hansen to the role of General Manager for the Nordics: "Roar’s leadership experience coupled with his understanding of our products and processes makes him a natural fit for this position. We are all excited to have him lead our Nordics team to continue the great success."

Roar Hansen adds: "I feel very honored taking this new role at ayfie. Having worked with this talented team for many years and having been actively involved in creating ayfie's powerful products, I am well aware of the high potential of the company and the promising product roadmap. This is an exciting time for ayfie, and I am glad to be an active part of it together with my team."

Ayfie’s Journey Towards the Cloud

What was previously referred to as Enterprise Search is now moving towards Insight Engine as these solutions combine classic search with AI to...

As experts in the information and data management space, Ayfie is introducing a set of bleeding edge low-code/no-code solutions such as text...

Ayfie is entering the API and micro services space, along with other providers such as Microsoft and Google, as the market calls for more composable...